Working on my new 18th century shift reminds me that even the simplest of garments can be fascinating.  From the Renaissance smock, through the 18th century shift, to the 19th century chemise, white linen (and, later, cotton) was cut into squares, rectangles, and triangles and then assembled into incredibly similar shapes.  Even the full Renaissance Venetian camicia is built on the same principle as the comparatively spare 18th century shift, using all the available fabric to piece together a jigsaw of pattern pieces.  According to Costume Close-Up, 18th century shifts almost always required from 3 1/4 to 3 1/2 yards of fabric, with size variation accomodated by purchasing narrower or wider linen.  It wasn’t until the third quarter of the 19th century, when the chemise and drawers were streamlined into a one-piece garment called combinations, that any significant change occurred.  That’s pretty impressive:  at least 400 years (if not longer? medieval costume historians let me know!) of continuity. 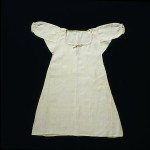 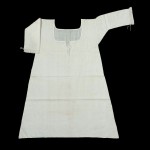 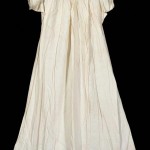 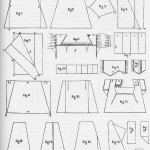 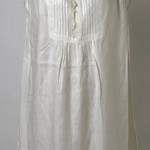 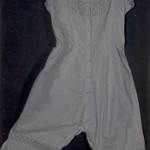 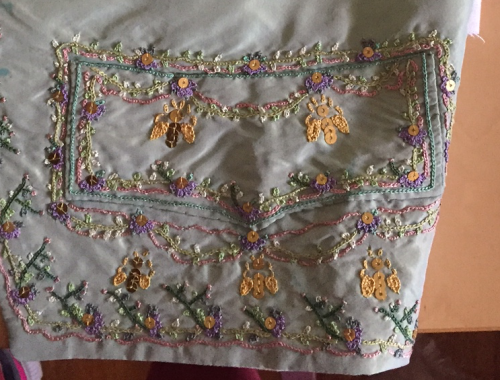