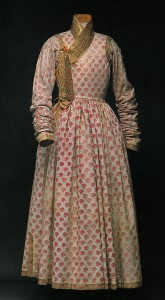 While silk, wool, and linen were the most plentiful fabrics during the eighteenth century, today cotton is cheap, easy to find, and comfortable for summer wear. But what should you look for when trying to approximate eighteenth-century cottons? What did Europeans and Americans wear in the period? And what’s the difference between calico, chintz, toile, and indienne, anyway?

In India, painted cottons (colors painted onto cloth by hand, either freehand or over a stencil) were developed in the fourteenth century. In the seventeenth century, Europeans began to import these fabrics, which were appreciated because of their bright colors, lightweight hand, and ease in laundering, as they expanded their trade networks. Their popularity increased as Europeans exported the technology of block printing to India, which made the fabrics easier and cheaper to manufacture, and as Indians adjusted their designs to appeal to European aesthetics.

Although some countries passed legislation against the import, manufacture, and sale of painted and printed cottons in order to protect domestic textile industries (as in France from 1686 to 1759 and England from 1700 to 1774), by the 1730s printed cottons were serious contenders in the European clothing and furniture market, with their largest popularity from the 1780s onwards. While most printed cottons continued to be manufactured in India until the 1790s, mills in England, France, Germany, the Netherlands, and Switzerland began to produce their own versions.

On both continents, printed cottons were created through a combination of mordant dyeing (fixative chemicals are printed onto the cloth, which is then dipped into the dye), resist dyeing (the fabric is coated by hand so that the coated areas do not absorb the dye color), relief printing (the design is cut out of a block, which is inked or coated with dye and then pressed onto the fabric), and hand painting. Until the nineteenth century, all dyes were derived from vegetable (or, less frequently, from animal or mineral) sources. Most eighteenth-century dyes were derived from madder, which creates a range of colors from pink to red, purple, and black. Blues and yellows were added by hand penciling the colors onto the fabric. 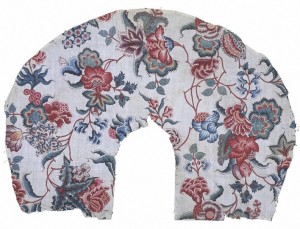 Most printed cottons used for clothing were based on floral designs. By mid-century, fabrics were imitating fashionable silk brocades with European flowers (tulips, carnations, roses, and daises) incorporated into more traditionally Indian motifs on a white background. In the 1780s, bolder designs with twisting stems became increasingly fashionable. In the 1790s, small floral “sprig” designs with tiny motifs on pastel backgrounds became cheap, and therefore became popular for working class clothing; also, some clothing fabrics veered away from the white backgrounds to include yellow, red, and brown.

In France, these printed fabrics (no matter their origin) were generally called indiennes (French for “Indians”), although they were also known as toiles peintes (“painted cloths”) and toiles imprimés (“printed cloths”). In England and the American colonies, there were similarly a number of terms used: calico, derived from the Indian port of Calicut, was a general name for Indian cotton fabric, including plain, printed, stained, dyed, woven with colored stripes or checks, etc.; chintz, from the Hindi word chint (“variegated”), was a term for printed or painted calicoes. The English and American colonialists also used the term Indiennes to refer to French-made copies of Indian printed cottons.

So what should you look for when shopping for reproduction fabric for eighteenth-century clothing? First, take a look through the websites and books in the source list to gain an “eye” for what is appropriate. Pay attention not only to the changing designs, but colors (including backgrounds), scale, where the fabric was made (India or Europe?), and what the fabric was used for (clothing or furnishings?). Keep in mind that throughout the century, most clothing fabrics had a white background until the 1790s; design colors were mainly pink/red/purple/brown, with possibly yellow and/or blue accents; and the designs usually consisted of spare florals in a sprig or striped motif. 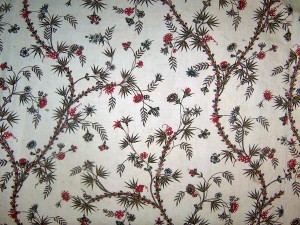 One of the most important points to remember is that what we now call “toile” (large scale scenic designs with people, trees, birds, and buildings printed in one color [red, blue, green, or brown] on white backgrounds) were only used for furnishings in the period. These fabrics were made using a technique called copperplate printing, developed in Europe in the 1760s at the famous Jouy textile manufactory.

HISTORICAL ACCURACY NOTE: Most modern cottons cannot perfectly reproduce fabrics created in the eighteenth century. Decorator fabric can be too heavy and have prints that are too large in scale; quilt fabric can be too light and too tightly woven. If you’re an historical accuracy purist, you may want to stay away from cotton prints altogether. 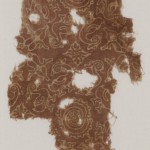 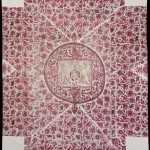 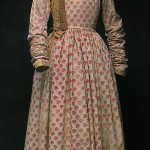 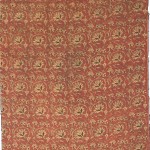 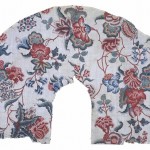 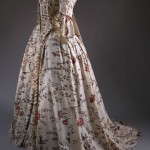 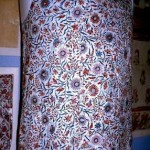 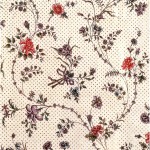 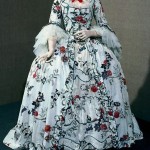 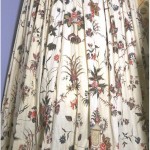 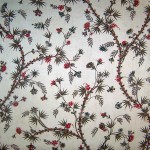 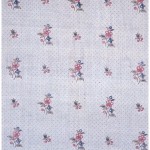 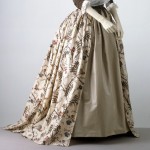 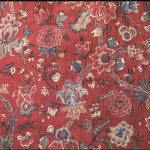 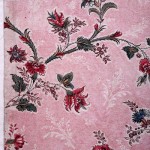 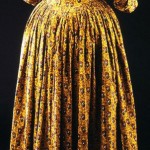 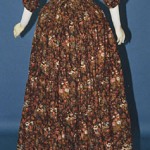 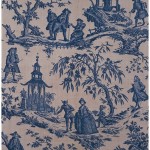 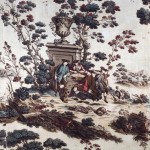 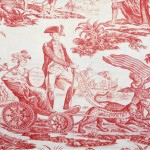 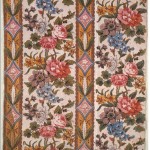 As costumers, we often think cotton = cheap! Unfortunately, you’ll quickly find that good reproduction 18th century cotton prints can run you as much as silk.

None of the fabric stores listed below are in any way recommended. I am simply listing the resources that I have found; please do your own research to make sure you find the best prices and purchase from reputable vendors! Also, I can’t verify that any of these fabrics will still be available for purchase at any time. This list is current as of February 28, 2008.