I’ve gotten a few new inquiries about joining the 18th c. court gown project, so I’d like to weed out those who have dropped out from the list of “claimed” gowns, because I’ve gotten some “I’d like to play! Oh wait, someone else already claimed the gown I want.”

If you’re someone who claimed an 18th century gown: Are you okay with me letting “your” dress out into the wilds, or do you still want it claimed for you? There’s still no deadline, just, if you think you’re not really going to get to “your” dress, I’d like to de-claim it.

Don’t worry, I’ll assume your dress is still claimed unless you tell me to let it run free!

Court Gowns – Did I Get You?

18th Century Court Project: Luring You to the Dark Side… 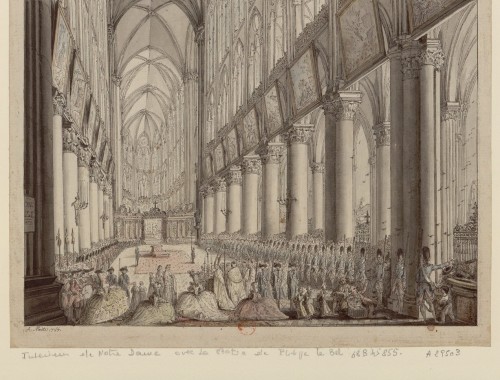