Block printed cotton with blue and green flowers on white.

The entari is entirely hand sewn, but due to time constraints I machine sewed the gomlek and salvar.  Also, I believe that there was an underdress worn in between the gomlek and entari, but I ended up combining the two for fewer layers with the right look. 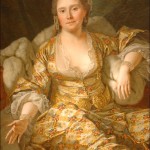 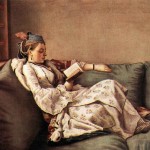 Marie Adelaide of France by Liotard, 1753 (via Wikimedia Commons) 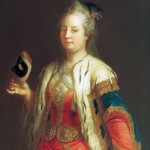 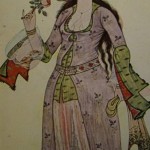 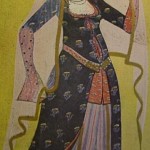 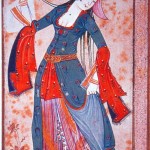 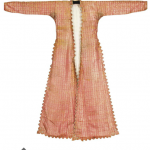 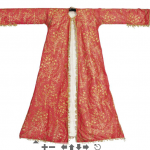 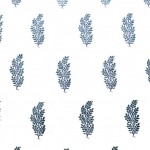 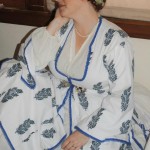 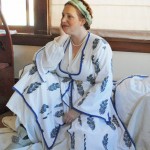