The White Queen – can we talk?

Have you seen the new BBC/Starz TV miniseries “The White Queen“?  If so, can we talk — about how bad the costumes and hair are?

This is an adaptation of some of Philippa Gregory’s books, and I’m sure they are just the most historically accurate things out there (I got halfway through the first book and then, as usual, got irritated with Gregory’s writing and lack of historical knowledge).  And yes, it’s yet another “We’re not trying to be slavishly historically accurate!” in terms of design/costumes/whatnot.  Fine.  Yawn.

First, let’s look at a few images of some of our key female characters: 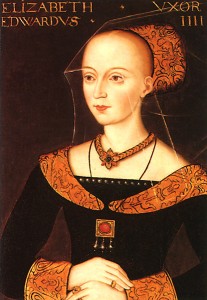 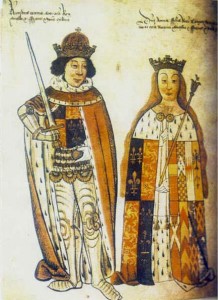 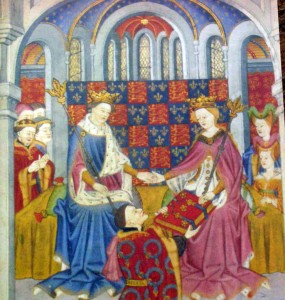 Margaret of Anjou via Wikimedia Commons 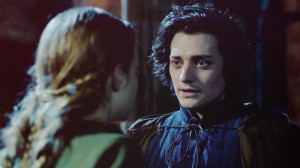 Many of the female characters (here, Anne Neville -- also Elizabeth Woodville does this too) wear elaborate braids that look like they've been slept in for three weeks. Sadly I can't find a good picture -- this is the closest -- but they're frizzy with hair sticking out everywhere. Huh? 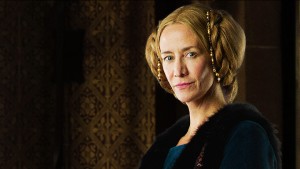 Jacquetta (Elizabeth Woodville's mom) has some pretty cool hair though! 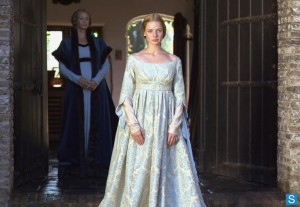 Some of the dresses are reasonably pretty and elegant, like this one on Elizabeth Woodville (who is a dead ringer for a young Trinny of Trinny & Susannah). 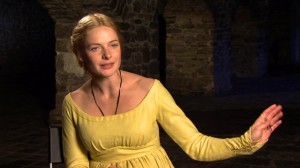 But then Elizabeth Woodville will spend multiple episodes in something really boring like this. Okay yes, you're showing her in her relaxed clothes, but still -- YAWN. 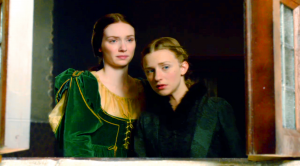 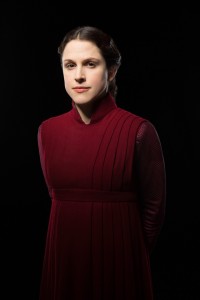 Margaret Beaufort wears a lot of simple, high necked clothes -- okay, makes sense for someone who is really pious. But they're all suspiciously Star Trek in their cut. And one of the few times she wore something with a lower neck, I swear I saw a bra strap. 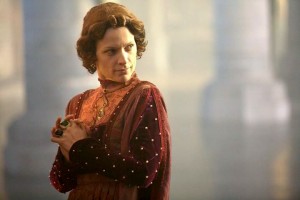 I don't know what Margaret of Anjou is wearing here, but I know I hate it. 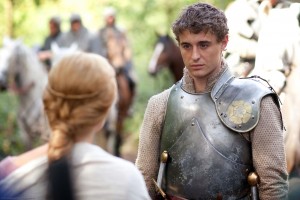 And on a side note, I know next to nothing about medieval armor, but all of the leads wander around with this one shoulder in armor, one not thing going on. It doesn't seem very functional to me.