Okay, so no doubt you read/heard about this movie when it came out.  Strong performances from many of the cast members, a good quality film but definitely made for Oscars, some issues around the fact that it celebrates a fictional strong young white woman for telling the story of African Americans rather than celebrating real historical strong African-American women.

What I want to talk about is hair.  Specifically, lead character Skeeter’s hair.  Apparently in the book I have not read, Skeeter has curly, frizzy hair that is the bane of her existence (as it is so NOT the mid-1960s beauty ideal).  An article quotes Hair Department Head Camille Friend who says, “In the book, she has unruly hair, and it’s a pivotal story point, so we decided on a blonde, curly hair texture for her lace-front wig” (American Salon, July 2011). This was an era when they didn’t know how to deal with natural curl.  Artificial, styled curl?  Yes.  Natural curl?  Find ways to smooth it out via brushing, cutting, large rollers, you name it.  I can’t even find any images of women with naturally curly hair in this era.  If I could, it would look more like this: 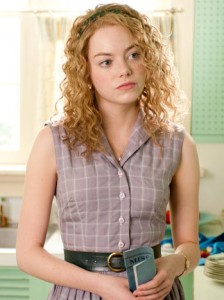 Emma Stone as Skeeter in The Help 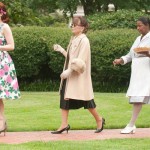 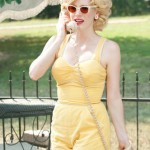 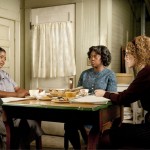 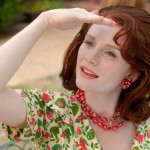 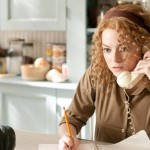 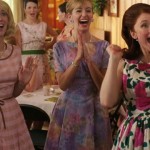 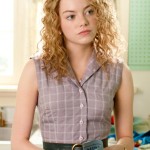 Emma Stone as Skeeter in “The Help”