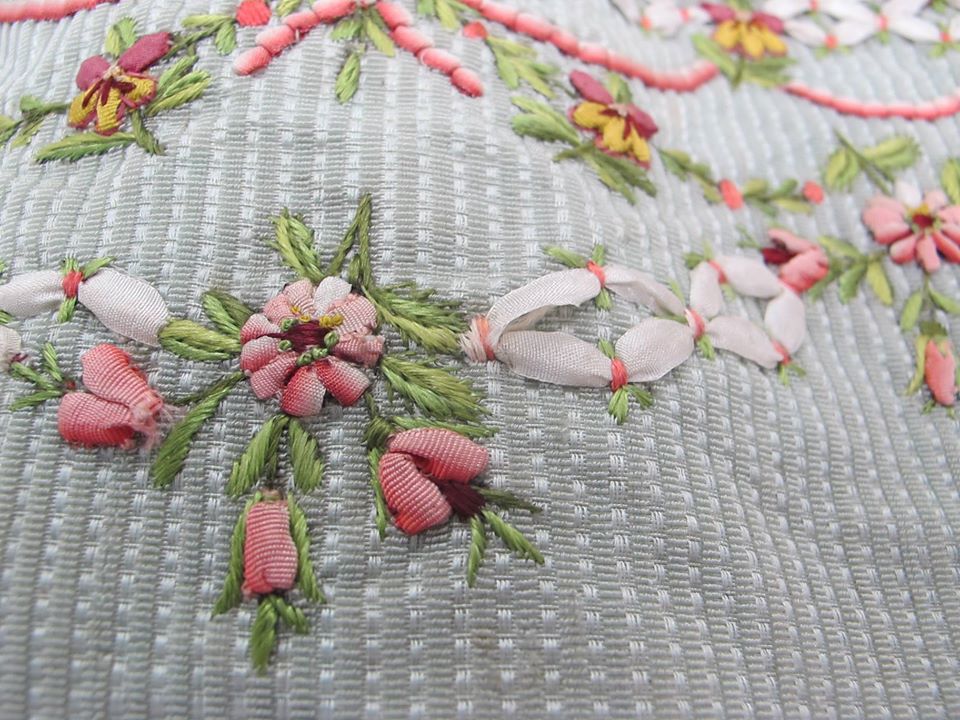 So! While I haven’t actually DONE anything about my 18th century court dress (see: wig book, busy fall semester, Dickens Fair), I have done a little bit of thinking about it.

Specifically, when I was thinking last summer of trying to “bang out” this sucker (which obviously wasn’t going to happen, but one can dream), I was trying to think of ways to save time on the embroidery:

END_OF_DOCUMENT_TOKEN_TO_BE_REPLACED

If you’re interested in buying the catalog for the 18th century court costume exhibit discussed below (Fastes de Cour), it’s now available at the cheapest price here from Amazon.fr. Yes, the interface is all in French, but the layout/buttons are exactly the same as the English language version, so it shouldn’t be too hard to figure out — and you can sign in to your Amazon.com account and it will pull up all your info. (Random site note: adding tags to this post to see if those are useful; if so, I’ll eventually go back and tag older entries too.)

If you don’t live anywhere near Paris, be depressed with me that you are missing what looks like one of the more fabulous costume exhibits ever: Fastes de Cour: Le Costume de Cour en Europe, 1650-1800, currently on exhibit at the Chateau de Versailles. The website is fabulous, I’ve just ordered the catalogue, but I am still depressed. I am even more depressed to miss the symposium in early June. Do check out the website. Make sure you zoom the pictures. Le sigh.

As I previously mentioned, I got a few exciting things in the LA Garment District when down for Costume College. Most aren’t picture worthy, but one is. It’ll probably be a while before I can get to this project (like, a year or two), which will be to create a mid-18th century French court dress (something I’ve been wanting to do for a year or two now).

I’ve always loved this portrait of Maria Luisa of Parma, although I had only seen it in black & white, so my imagination put many different colors on it. Of course, I found a color image AFTER I bought my fabric, but oh well — I’m not sure if I’m going to make this EXACTLY or be influenced by other sources as well. Too early to tell!

However, when we stumbled across an INSANE sale in the garment district for an embroidered and striped taffeta (now my memory is purposefully fuzzy, but I think we’re talking $20/yard-ish? And we were seeing similar fabrics for $80-90/yard in other shops), I thought of that portrait and knew I had to cave and buy it. Didn’t help that Sarah and Trystan were completely encouraging me… And, of course, the helpful but pushy sales guy offered me an even cheaper price if I bought the whole roll. So I did — I think I ended up with something like 12 yards? Don’t remember! I’ll resell any leftovers on ebay and try to make up some of the cost.