As I previously mentioned, I got a few exciting things in the LA Garment District when down for Costume College. Most aren’t picture worthy, but one is. It’ll probably be a while before I can get to this project (like, a year or two), which will be to create a mid-18th century French court dress (something I’ve been wanting to do for a year or two now).

I’ve always loved this portrait of Maria Luisa of Parma, although I had only seen it in black & white, so my imagination put many different colors on it. Of course, I found a color image AFTER I bought my fabric, but oh well — I’m not sure if I’m going to make this EXACTLY or be influenced by other sources as well. Too early to tell!

However, when we stumbled across an INSANE sale in the garment district for an embroidered and striped taffeta (now my memory is purposefully fuzzy, but I think we’re talking $20/yard-ish? And we were seeing similar fabrics for $80-90/yard in other shops), I thought of that portrait and knew I had to cave and buy it. Didn’t help that Sarah and Trystan were completely encouraging me… And, of course, the helpful but pushy sales guy offered me an even cheaper price if I bought the whole roll. So I did — I think I ended up with something like 12 yards? Don’t remember! I’ll resell any leftovers on ebay and try to make up some of the cost. 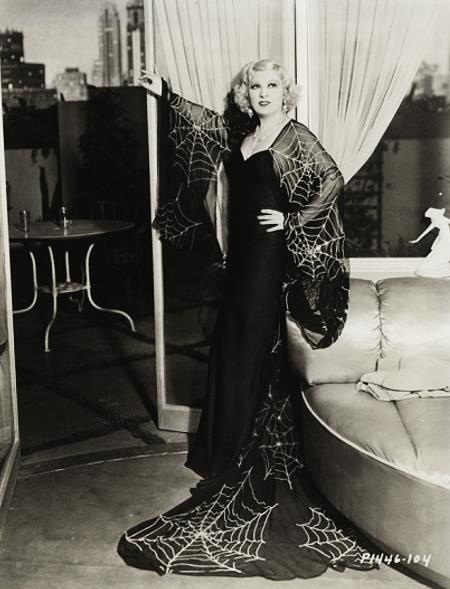