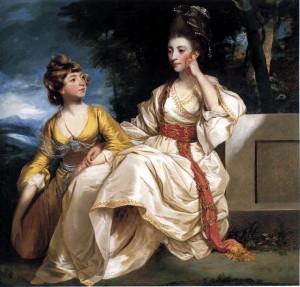 A 1770s posing gown, based on Ottoman clothing but interpreted through European eyes, specifically inspired by the painting of Hester Thrale.

Ivory and gold silk sari, plus red silk organza with a gold stripe for the sash. 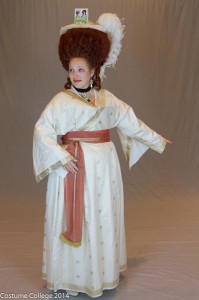